The New Prokopi of Evia

The New Prokopi of Evia

The holy relic of the saint was transferred to the New Procopi of Evia in 1925 and was originally placed in the Holy Church of the village, honored in the name of Saints Constantine and Helen.

From 1930, the construction of a majestic Holy Church began in honor of the saint from the proceeds of the First Shrine and various donations and contributions. The relevant news is published in the newspaper “I MIKRASIATIKI”

With the care of the Metropolitan Bishop of Chalkis, Gregory, and with the tireless efforts of the ecclesiastical committee, the beautiful Holy Church above was completed in 1951 and the holy relic was transferred there. A guest house was built near the Holy Church, according to the model of the one in Prokopi of Cappadocia, for the stay of the pious pilgrims. This Holy Church was inaugurated by the Metropolitan Bishop of Chalkis Nikolaos (1975), on Sunday, September 21, 1969. A relative advertisement is found in the newspaper “Evoikos Kiryx”: 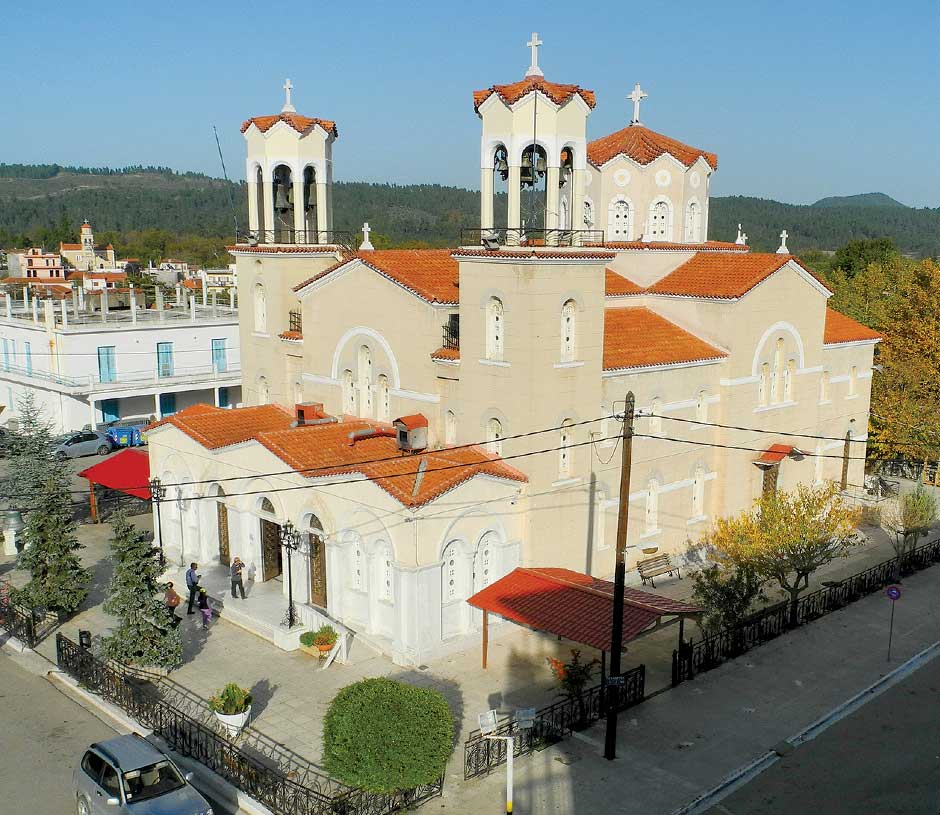 On the central Holy Altar as well as on the other two of the chapels holy relics of Saint John and Saint Paraskevi the hosioparthenomartys (i.e. holy virgin martyr) were placed. A year earlier, during the bishopric of the late Chrysostomos (Verghis), a pronaos was added to the Holy Church, and icon-painting of the latter began. Behind the Holy Sanctuary (bema, in Greek) of the church there is a bust in honour of the late Hadzipavlos P. Melitopoulos, with his name inscribed on it, and the following dates and place names below:

Necessary Always Enabled
Necessary cookies are absolutely essential for the website to function properly. This category only includes cookies that ensures basic functionalities and security features of the website. These cookies do not store any personal information.
Non-necessary
Any cookies that may not be particularly necessary for the website to function and is used specifically to collect user personal data via analytics, ads, other embedded contents are termed as non-necessary cookies. It is mandatory to procure user consent prior to running these cookies on your website.
SAVE & ACCEPT
Go to Top